Obama Speech Misses the Point: We Started this War, So We Can End It 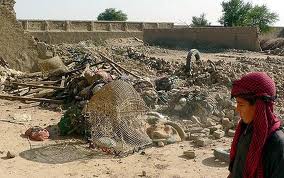 President Obama made his long-awaited national security speech May 23.  Drone-killing, Guantanamo, Afghanistan, torture -- the President seemed to cover every base as he laid out a vision of an end to the war between the United States and Al Qaeda and its sympathizers.  He just forgot one crucial fact...

Here is the transcript of the president's speech on ending the "war on Terror" -- which he claims started with us being attacked on 9/11: http://www.huffingtonpost.com/2013/05/23/obama-drone-speech-transcript_n_3327332.html

But as we discuss in "Why Are We At War?" on the AEMP website (http://www.aemp.us/p/why-are-we-at-war.html), it was the United States, stepping in for the weakening European colonial powers, that started what the Pentagon calls the "long war" for control of the Middle East and North Africa. From the 9/11 attacks to the Boston Marathon bombings, we are under threat because of our insistence on choosing the governments of the Islamic world.

If we drop that exceptionalist mission, we'll stop being a target. Until then, we always will be one.
Posted by Caleb S Rossiter at 4:51 PM