Let's Talk About Not Talking 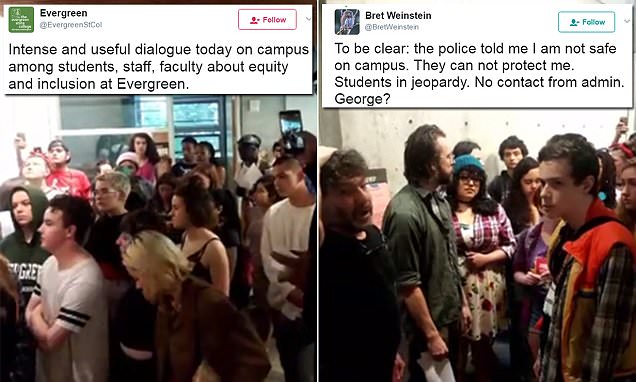 (A professor is harassed right out of his job because he came to work on a day when white people were told to stay off the campus.) (Entire fields of inquiry are declared off limits.)

The Left’s trend toward limiting debate is a surprising and counter-productive development.  It’s especially damaging for those of us opposed to America’s wars and the general imperialism from which they continue to flow.

This is sadly ironic.  It was liberals who in the 1950’s invented the general notion of challenging the “conventional wisdom.”  The marches and demonstrations of the civil rights movement were essentially symbolic debates about whites’ legally-sanctioned beliefs of black inferiority.  The Viet Nam anti-war movement’s “teach-ins” were designed to air and analyze competing views, not silence them.  The expectation was that in a debate, experts like former foreign aid official Bob Browne and Cornell Asianist George McT. Kahin would show how weak the government’s case was.  Administration officials or their supporters were always invited.  If none came, a chair would be placed on the stage with a sign on it reading “Reserved for the State Department.”


In the 1960’s anti-imperialists were the dissidents to the conventional wisdom that America’s global role is benign, even heroic.  We play the same role today in reminding Americans that like the colonial empires, we use or threaten dominant military force to impose order on our terms, and for our benefit.  Open debate is the only way that our ideas can reach the broader audience that is bombarded daily with propaganda about our noble soldiers sacrificing their lives for our freedom and “to free the oppressed” (the motto of the Green Berets).  The very act of refusing to listen to or even allow the expression of views we oppose weakens our credibility and appeal.  It’s also just plain rude, stupid, and embarrassing.